Art in the square

The creative trademark of the Tollwood Festival

A place for inspiration and encounters: an open-air museum.

In addition to concerts and performances, the Tollwood presents a wide variety of art installations and sculptures every festival. This year Andrey von Schlippe presents an impressive work at the entrance inspired by the motto “Crime Scene Future”.  In addition, the festival features a glittering magical forest by Torsten Mühlbach, the magnificent word sculptures by British artist Adam Stubley, urban art in collaboration with MUCA Munich, the glowing pagodas and a Far Eastern entrance gate by Ludwig Frank. 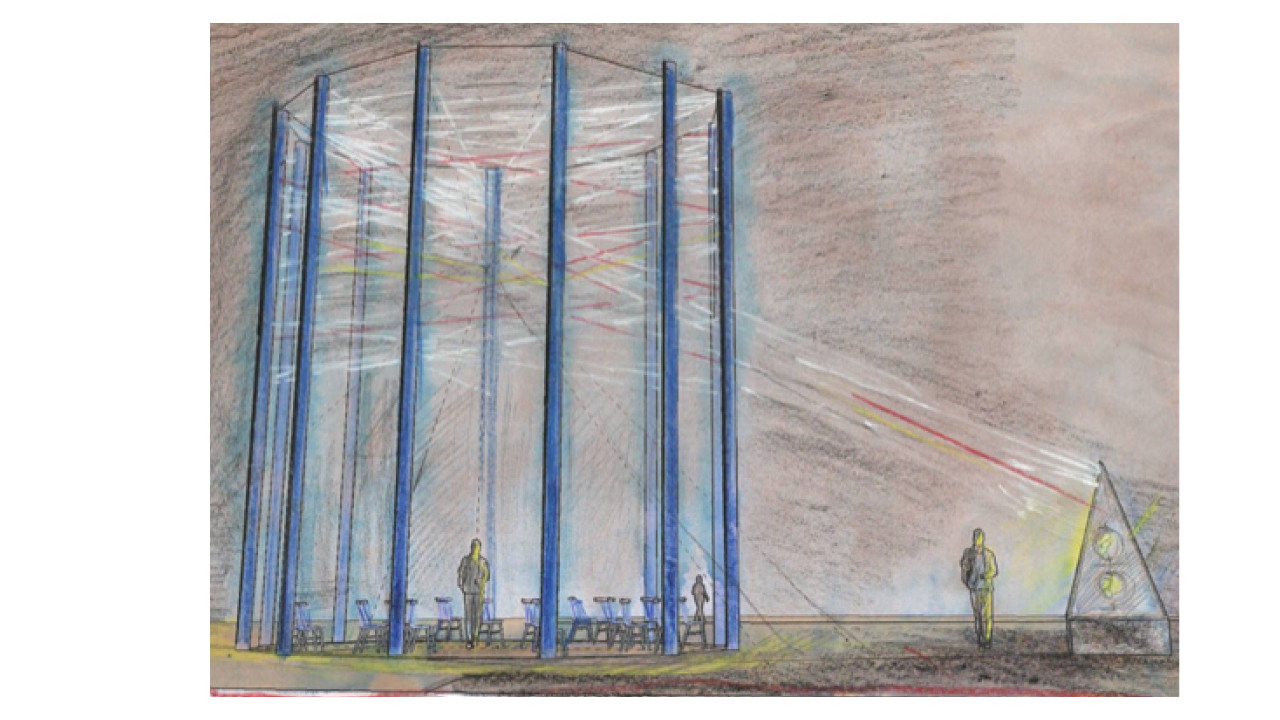 Andrey von Schlippe Inspired by this year’s festival motto “Crime Scene Future”, Andrey von Schlippe has created an impressive work at the entrance. He plays with the symbolic power of art and turns the scene of the crime into a crime scene, into a walk-in place, into art that can be experienced. Twelve azure wooden poles form an elliptical space nine metres long and seven metres wide. Like the earth’s orbit around the sun.  One year, twelve months. Everything is connected, everything is one. The height of ten metres directs the view into the sky – past ribbons that link everything together and lead to a pyramid. This encloses two globes: One globe shows the world as we know it; on the other, the continents appear as white surfaces – as a reminder that it is up to us what becomes of our planet. We are designers like artists in front of the white canvas. Andrey von Schlippe has made the sides of the pyramid out of transparent mirrors. This way, when you look at the world, you first look at your own face. Movable chairs in the ellipse invite you to linger. Everyone is allowed to take a moment, be inspired and let their thoughts wander. What can be experienced here: Andrey von Schlippe is closely interwoven with the performing arts. He not only works as a stage and costume designer, he also directs. Thus his large installations have something of a theatre scene. This continues the story that begins on the festival grounds. To save energy, the Mercato tent became a silhouette of tent poles, connected with the same ribbons as in the ellipse. Stable and yet elastic, almost ephemeral. The ribbons continue on and around the fence of the festival site, which Andrey von Schlippe also designed.

In addition to his theatre work, Andrey von Schlippe has been working as an artistic designer for the Tollwood Festival for many years. He is a graduate of the fine arts in stage design.

“Every place where people move can be seen as a stage, and the passers-by are the protagonists. “Andrey von Schlippe 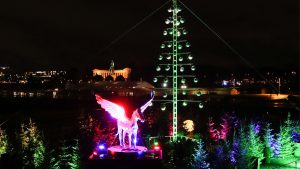 Torsten Mühlbach is one of the most versatile artists currently working in Munich. He loves the most diverse materials and has already realised various works for Tollwood. This year, you can experience two sparkling sculptures in the Enchanted Forest: a twelve-metre-high Christmas tree made of disco balls and a Pegasus made of hundreds of small mirrors. At the entrance, his popular sculpture Bacchus is Dancing greets you as a glowing vine. 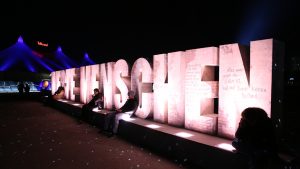 Adam Stubley For him, the human being has always been at the centre of his work. Whether figures from the world of fairy tales or thought-provoking symbolism, the British artist’s imagination is always shaped by positive values – and by the power of language. He will be showing his popular word sculptures at the Tollwood Winter Festival. 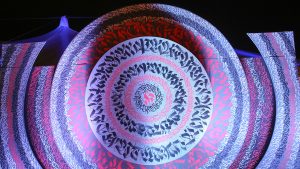 The Museum of Urban and Contemporary Art (MUCA), initiator of the temporary KUNSTLABOR 2 on Dachauer Straße, has been working with Tollwood and its artists for a long time. This winter, works by Patrick Hartl aka Style ghting, Matthias Mross and Lapiz can be seen on the Tollwood grounds. 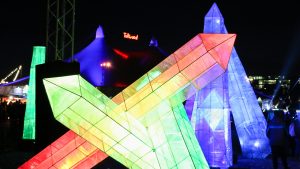 Ludwig Frank has created a special place with the illuminated pagodas. Here, time seems to stand still or at least to have become unimportant. The illuminated pagodas are a haven of peace on the grounds. The Austrian sculptor combines European artistic views with Far Eastern elements – also in the entrance gate he designed. 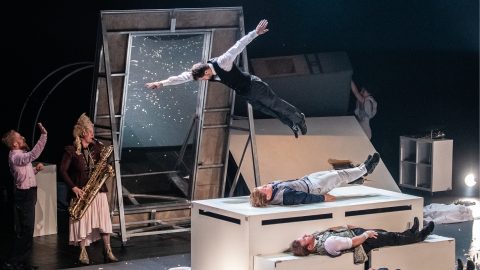 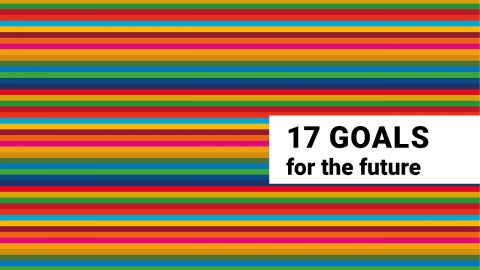 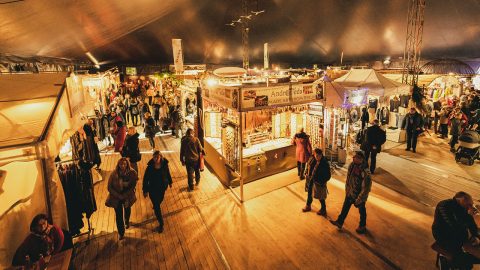